Why is the Turkish lira tumbling? 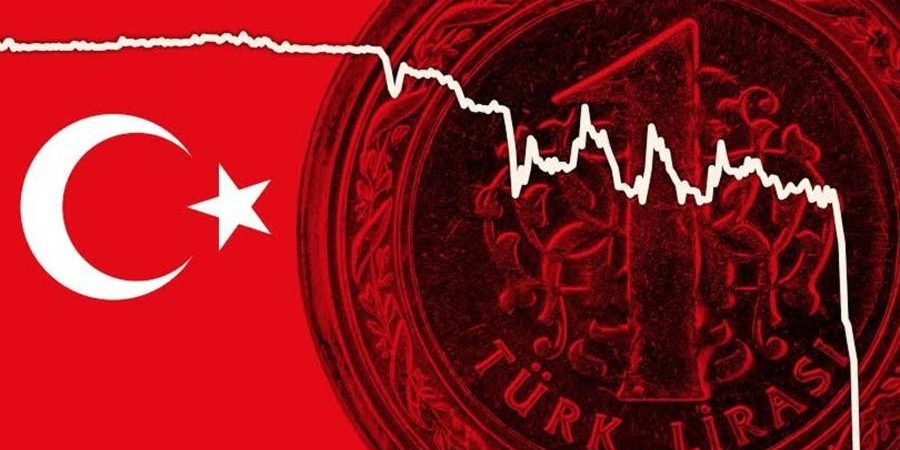 After hitting all-time lows last week, the lira fell again on Monday and was down by about 7 per cent against the dollar in early afternoon trading in Europe.

So why is the currency of a country often lauded for its economic dynamism and enviable geographical location — so close to both European and Middle Eastern markets — in such trouble?

And what is the role of the government of President Recep Tayyip Erdogan, who claims to have transformed the economy during his 15 years in office?

The Financial Times looks at what lies behind the dramatic slide in the Turkish currency that has rattled investors and raised questions about the government’s economic competence.

Why is the lira falling?

The slide is little short of breathtaking.

The lira is the world’s worst-performing major currency, losing more than 40 per cent for the year to date. The fall over a longer time span is even more striking. Five years ago a dollar bought TL2. On Monday, the greenback purchased more than TL6.90.

There are a range of reasons for the currency’s weakness. Over recent weeks, attention has focused on Turkey’s extraordinary dispute with the US, a Nato ally for more than 60 years. The US state department had imposed sanctions over Turkey’s detention of an evangelical pastor from North Carolina — measures that have rattled markets. Talks in Washington last week failed to resolve the impasse.

Is it all about this pastor?

No. Other factors are at play in Turkey.

The country has prospered from an influx of often short-term foreign funds, partly due to ultra-loose monetary policy in the US and Europe, which encouraged investors to seek higher returns in Turkey and other emerging markets.

Some analysts have long seen Turkey as a “quantitative easing play” — a country that benefited from developed economies’ huge asset purchase schemes. But as US and eurozone quantitative easing becomes history — at least for this economic cycle — the funds that Turkey needs are getting harder to come by.

Those funds are far from negligible.

An ABN Amro report said investors were worried Turkey would not be able to finance its annual external financing requirement of about $218bn, which includes funds needed to maintain Turkish companies’ foreign-denominated debt as well as the country’s hefty current account deficit. The report added that the base case scenario remained that Turkey would raise sufficient funds, but that “rumours about possible capital controls on forex transfers and IMF assistance have further fuelled stress in the foreign exchange market”.

What do markets think needs to happen?

Many investors have called on the Turkish government to take steps to slow down the country’s consumption and construction-oriented economy.

The logic is that tax increases and spending curbs would reduce the risk of a hard economic landing and reduce the current account deficit, at present above 5 per cent of gross domestic product. With it, the country’s dependence on foreign funds would diminish. Slowing down the economy could also act as a check to inflation, now running at more than 15 per cent.

An interest rate rise could both help battle inflation and slow or reverse the fall of the lira — a big consideration for Turkish companies struggling with dollar and euro-denominated debts that have grown markedly in recent years.

To date, Mr Erdogan, Turkey’s most powerful ruler since Mustafa Kemal Ataturk, the founder of the modern country, has not been convinced by the need to “rebalance” the economy.

His government took measures, including tax breaks, to keep growth going after a bloody failed coup in 2016, and he has been reluctant since then to slow things down. He has also long lambasted high interest rates, which he described this year as “the mother and father of all evil”, as an unconscionable drag on Turkish entrepreneurialism.

Against this backdrop, the Turkish central bank has, perhaps unsurprisingly, proved reluctant to increase rates, declining to do so last month despite widespread expectations of a rise. The trouble is that the bank has few other tools in its armoury, because it has limited foreign exchange reserves with which to intervene in the market.

What role has Turkey’s slide into authoritarianism played in the crisis?

Mr Erdogan’s much expanded presidency is indeed a focus of attention. After the coup attempt, he increasingly ruled by decree. Last year, he won a referendum that greatly expanded the presidency’s powers, which took effect after he won a new term as head of state in June this year.

Previously, during Mr Erdogan’s long tenure, the post of economic supremo was taken by technocratic figures such as Ali Babacan, a former negotiator with the EU and foreign minister, and Mehmet Simsek, a former Merrill Lynch economist.

Such officials played a twofold role: they would often present Turkey’s economic case to the world, particularly to fund managers and investment banks, and they would counsel Mr Erdogan away from courses of action they considered dangerous, such as increases in capital controls.

Sometimes central bank interest rate rises were preceded by huddles between Mr Erdogan and an official such as Mr Babacan, who would argue that there was no alternative. After his victory in June’s election, Mr Erdogan placed his son-in-law Berat Albayrak, a former business executive, in charge of a more powerful finance ministry. As the lira’s subsequent performance has shown, the markets are not exactly convinced by this strategy.