What changed for the market while you were sleeping? Top 12 … 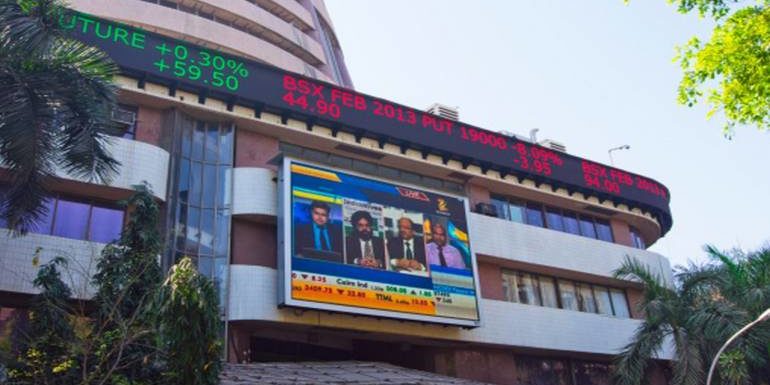 The Nifty50 continued its northward journey for the sixth consecutive week as it crossed another milestone of 11,700 on first day of August expiry week and ended at record closing high, driven by positive global cues. The rally in bank stocks on hope of early resolution to non-performing assets also boosted investors’ sentiment.

The index formed robust bullish candle on the daily candlestick charts on Monday. The broader market also participated in the rally with the Nifty Midcap rising over a percent while all sectoral indices ended in the red with Nifty Bank, IT and Metal rising around 1.5 percent each.

The consistent upward movement has been taking indices to newer highs every week which seems to be indicating that the Nifty may be heading towards 11,800-12,000 but one should keep cautious stance as the Nifty rallied more than 6 percent for five consecutive weeks, experts said, adding the volatility may increase ahead of expiry of August derivative contracts on Thursday.

India VIX fell 0.76 percent to 12.31 levels and overall lower volatility suggests that bulls are likely to hold the tight grip on the market, experts feel.

Stay tuned to Moneycontrol to find out what happens in currency and equity markets today. We have collated a list of important headlines from across news agencies.

A broad-based rally pushed the S&P 500 and the Nasdaq to record-high closes for the second straight session on Monday as a trade agreement reached between the United States and Mexico buoyed investor sentiment. Technology stocks led the Nasdaq above the 8,000 mark for the first time and the sector provided the biggest boost to the S&P 500.

Asian shares advanced again on Tuesday while major currencies held on to gains amid hopes global tariff tensions were abating as the United States and Mexico made a deal to overhaul the North American Free Trade Agreement. Investors expect Canada too would agree to the new terms to preserve a three-nation pact, ultimately dispelling the economic uncertainty caused by US President Donald Trump’s repeated threats to ditch the 1994 NAFTA accord.

Trends on SGX Nifty indicate a positive opening for the broader index in India, a rise of 31 points or 0.26 percent. Nifty futures were trading around 11,754- level on the Singaporean Exchange.

US, Mexico reach NAFTA deal, turn up pressure on Canada

The United States and Mexico agreed on Monday to overhaul the North American Free Trade Agreement (NAFTA), putting pressure on Canada to agree to new terms on auto trade and dispute settlement rules to remain part of the three-nation pact.

Negotiations among the three partners, whose mutual trade totals more than USD 1 trillion annually, have dragged on for more than a year, putting pressure on the Mexican peso and the Canadian dollar. Both currencies gained against the US dollar after Monday’s announcement.

Canadian Foreign Minister Chrystia Freeland is expected to travel to Washington for talks on Tuesday. Her spokesman said Canada would sign only a new agreement that is good for the country.

Oil prices rose on Tuesday as risks of supply disruptions from places such as Venezuela, Africa and Iran triggered expectations of a tightening market. International Brent crude oil futures were at USD 76.51 per barrel at 0037 GMT, up 30 cents, or 0.4 percent, from their last close. US West Texas Intermediate (WTI) crude futures were up 24 cents, or 0.4 percent, at USD 69.11 a barrel.

Economic policy think-tank NCAER has retained India’s growth forecast for the current fiscal at 7.4 percent citing comfortable agricultural sector outlook and a marked improvement in the external sector. According to the National Council of Applied Economic Research (NCAER) report, in 2018–19 the real agriculture Gross Value Added (GVA) is envisaged to grow at 4.6 percent, real industry GVA at 5.1 percent, and real services GVA at 8.5 percent.

“Both the NCAER annual and quarterly models forecast that GVA will grow at 7 percent per annum in 2018–19 on a year on year (y-o-y) basis. “The annual model forecasts that GDP at market prices will grow at 7.4 percent for 2018–19 on a year-on-year basis, same as May 2018,” NCAER’s latest Quarterly Review of the Economy said.

The Finance Ministry may soon hold talks with the Reserve Bank of India to resolve issues faced by the power sector and also seek some relaxation of the February 12 NPA guidelines, sources said yesterday. The ministry would consult the RBI as per the Allahabad High Court order, which today refused to give any interim relief to private power companies from the RBI’s February 12 order on NPAs.

According to sources, around eight-nine commissioned power projects will be impacted by the Allahabad High Court order and banks have mostly provided for these stress projects.

The Allahabad High Court has refused to grant interim relief to power sector defaulters that had appealed for a stay on being dragged to the National Company Law Tribunal. The order means financial institutions can initiate proceedings against defaulting companies in the NCLT under the Insolvency and Bankruptcy Code (IBC). Power sector companies together owe banks roughly Rs 1 lakh crore.

Close to 60 companies, including power firms, have turned loan defaulters and will have to be taken to the NCLT by lenders after the 180-day grace period granted by the Reserve Bank of India’s February 12 circular ended on August 27.

FDI growth up 23% in April-June quarter this fiscal

Foreign direct investment in India grew by 23 percent to USD 12.75 billion during the April-June quarter of 2018-19, according to official data. The foreign fund inflows in April-June 2017-18 stood at USD 10.4 billion, the Department of Industrial Policy and Promotion data showed. Key sectors that received maximum foreign investment during the first quarter of the fiscal include services (USD 2.43 billion), trading (USD 1.62 billion), telecommunications (USD 1.59 billion), computer software and hardware (USD 1.4 billion), and power (USD 969 million).

Rupee dives to new closing low of 70.16 against US dollar

The Indian rupee yesterday retreated sharply to hit a record closing low of 70.16 against the US dollar, plunging by 25 paise despite a huge rally in equities amid easing worries over near-term monetary policy tightening by the US Fed. Extending its recovery momentum, the rupee opened higher at 69.75 from weekend close of 69.91 at the inter-bank foreign exchange (forex) market.

The rally did not last, with the rupee succumbing to heavy dollar pressure, taking a sharp reversal in afternoon deals to hit a low of 70.20 before ending at a new closing low of 70.16, showing a loss of 25 paise, or 0.36 percent.

Auto component maker Craftsman Automation has received capital markets regulator Sebi’s go-ahead to launch an initial public offering. With this, the total number of companies getting Sebi’s approval to float an initial public offer (IPO) has reached 42 so far this year. Craftsman Automation had approached markets watchdog in June seeking its clearance to float an initial share-sale and obtained its “observations” on August 24, as per the latest update with Sebi.

International Finance Corporation (IFC) and Marina hold 14.06 percent and 15.50 percent stake, respectively, in the company. Besides, Srinivasan Ravi holds 52.83 percent stake and K Gomatheswaran (7.04 percent). There is a reservation of equity shares worth Rs 5 crore for subscription by eligible employees, constituting 5 percent of the post offer paid up share capital of the company.

Mirae Asset Mutual Fund has sought the Securities and Exchange Board of India to launch an open-ended scheme tracking Nifty 50 Index, according to the draft offer document filed on the regulator’s website. The scheme called Mirae Asset Nifty 50 ETF  at least 95 percent of its assets in securities included in the Nifty 50 Index, while the remaining 5 percent will be invested in money market instruments including liquid schemes of domestic mutual funds.

Studds Accessories, manufacturer of helmets and two-wheeler accessories, has filed draft papers with capital markets regulator Sebi to float an initial share-sale. The initial public offer (IPO) comprises fresh issuance of shares worth Rs 98 crore besides an offer for sale of 39.39 lakh equity shares by promoters Madhu Bhushan Khurana and Sidhartha Bhushan Khurana, and other existing shareholders, according to the draft papers.

Proceeds of the issue will be used to part-finance the motorcycle helmet and accessories as well as bicycle helmet manufacturing facilities in Faridabad and for general corporate purposes. Edelweiss Financial Services and IIFL Holdings will manage the company’s public issue.

3 stocks under ban period on NSE

Securities in ban period for the next day’s trade under the F&O segment include companies in which the security has crossed 95 percent of the market-wide position limit.

For August 28, Hexaware Technologies, Jet Airways and Jain Irrigation Systems are present in this list.

With inputs from Reuters & other agencies