You are here:
FeaturedForex Market News 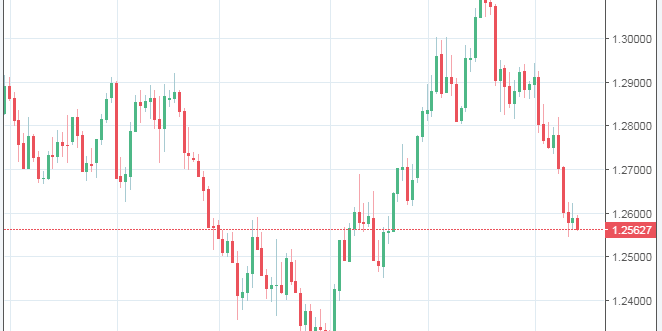 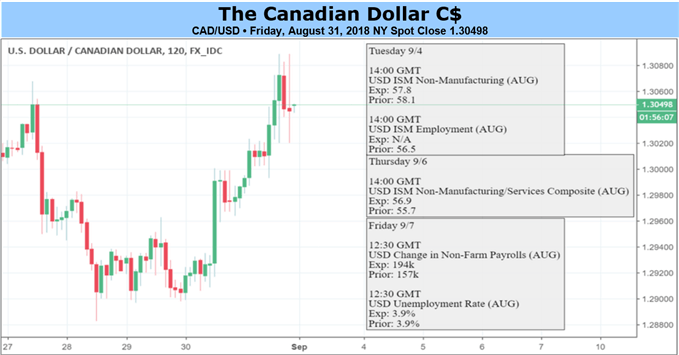 See our Q3 CAD forecast to learn what will drive the CAD through the quarter.

Headline risk for the Canadian Dollar remains at elevated levels as Canada looks to reach a NAFTA agreement in principle with the US. As such, the near-term direction for the Loonie is very much dependent on the outcome from the latest NAFTA talks, with an agreement likely to support the Canadian Dollar, which would likely see USDCAD retest the recent lows at 1.29. The trend for USDCAD remains bearish provided the pair holds below 1.30 with 1.2850 eyed as the next significant target. Failure for Canada and the US to reach an agreement could see the pair breach the top of the bearish channel around 1.3110 to make a run in on 1.32.

Market pricing for a rate hike at next week’s Bank of Canada rate decision are relatively low at 20%, which suggests that the BoC will hold off for now (most likely scenario of October rate hike). Alongside this, with Q2 GDP printed roughly in line with the BoC’s forecast at 2.9% (BoC exp. 2.8%) and Poloz highlighting at the Jackson Hole Symposium that the boost in inflation has been due to transitory factors, further suggests that the Governor will likely emphasise a gradual approach to raising rates.

Another key risk event on the economic schedule for the Loonie will be the latest jobs report at the backend of the week. As a reminder, the prior employment report had shown a robust jobs gain of 54k, however, the components were slightly softer with the contribution coming from part time jobs. Consequently, given the risk events this week, USDCAD 1-week implied volatility are at lofty levels of around 120pip breakeven. 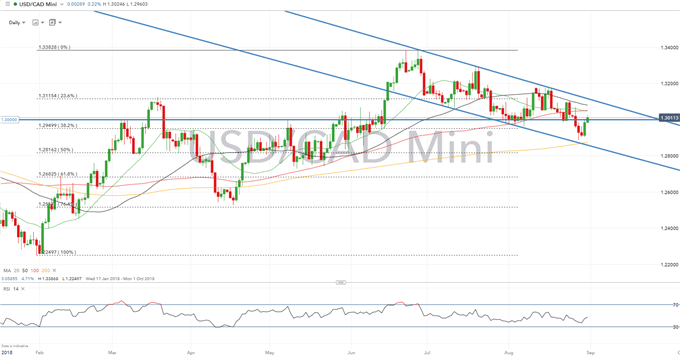