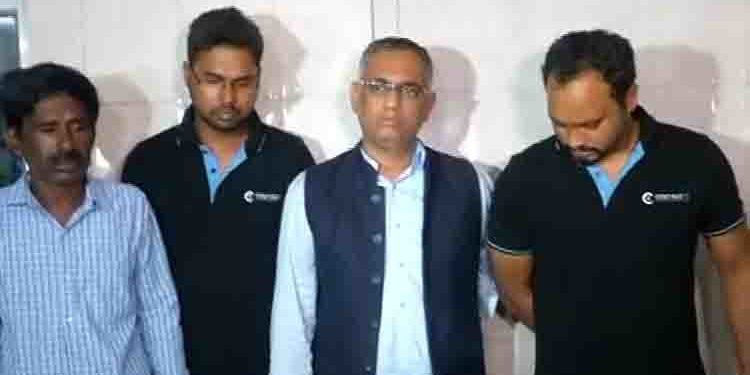 Bhubaneswar: Planning to earn through Forex trading? Beware as Commissionerate Police on Monday busted a criminal gang for duping several people by promising them high returns on investments.

The gang used to trick gullible investors by luring them to invest in foreign currencies and International stock markets.

Four members of the gang were arrested based on the complaint filed by one Rakesh Patra whom they had duped of over Rs 17 lakh.

“Preliminary investigation reveals that the gang had collected money in Indian currency and later used it to purchase foreign currencies. The gang members used to deposit the money in a fake account to win the trust of people,” said DCP Anup Sahu.

Sahu further informed that the gang members used to lure the investors by promising to treble and quadruple their investments within six months to one year.

“The gang had lured me to invest in the trading scheme promising 300 to 500 times return,” said complainant Rakesh Patra.

Patra further informed that the gang duped him of Rs 17 lakh.

“After they did not return calls, we sensed something wrong. We contacted the group members through another friend about possible investment opportunity. Later, four members were arrested by police when they had come to meet investors here,” said Patra.

Patra further informed that the gang had reportedly cheated Rs 30 lakh from several others investors in Odisha.