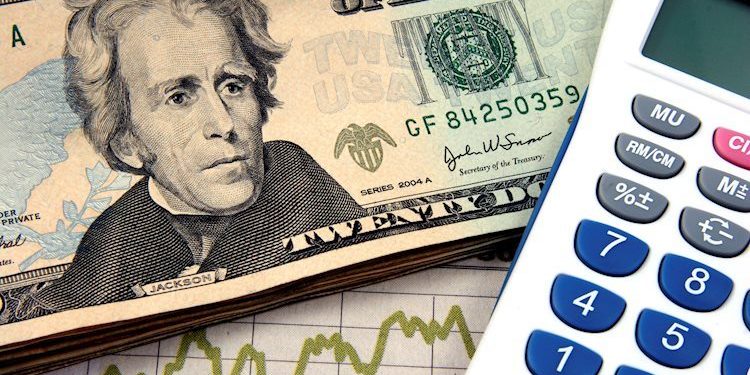 Rates: Safe haven flows ahead of the long US weekend?

Core bonds profited from disappointing EMU inflation data and safe haven flows stemming from stress on EM FX markets and from US President Trump’s latest hawkish trade rhetoric. The latter two topics might continue to influence trading today. US Treasuries could receive additional support ahead of the long weekend.


Yesterday, the dollar (ex USD/JPY) gained modest ground on EM stress and US president Trump stepping up its trade rhetoric against China and Europe. However, the USD rebound had no strong legs. The themes of EM stress and trade will continue to dominated FX trading today. Will the dollar ‘rectify’ current unconvincing performance?

Yesterday, the US dollar finally gained some ground, amongst others, supported by emerging market tensions (Argentina, Turkey). Later, trade tensions (Bloomberg report indicating that Trump might impose more tariffs on Chinese imports soon) caused selling of risky assets and a run to safe haven assets. However, overall USD gains were modest. The trade-weighted dollar closed at 94.72 (from 94.60). EUR/USD finished at 1.1671 (from 1.1710). The yen outperformed with USD/JPY closing at 110.98 (from 111.68). This morning, Asian equities mostly trade in the red, but losses remain modest. Several regional currencies including the Indonesian rupiah and Indian rupee are setting multi-year/record lows. Interesting, the yuan gains slightly and EUR/USD (1.1665) is holding up well. The yen remains well bid with USD/JPY hovering in the 111 area. Today, EMU CPI inflation and the Chicago PMI deserve attention. Soft EMU inflation is in theory euro negative, but the focus probably returns to global trade. Trade tensions mostly favoured the dollar (ex USD/JPY). However, the overnight market reaction to Trump’s latest trade-threats is modest. US equity futures are tentatively rebounding and the dollar doesn’t make any broad-based gains. Do markets think that Trump’s comments are mainly tactics? Or do they acknowledge his call for a weak USD as he criticized Europe and China on their FX policies? The jury is still out. Recently, the USD reversed the early August gain but the USD decline showed signs of levelling off this week. EUR/USD returned in the 1.15/1.1850 consolidation range. However USD gains were modest given EM uncertainty and negative headlines on Italy. Eco fundamentals and the trade narrative in theory look USD supportive. However, the USD performance remains mediocre. We keep the working hypothesis that the EUR/USD rebound might slow and that a EUR/USD break beyond 1.1791/1.1850 might be difficult. That said, we cannot but take notice of current unconvincing USD performance.

Yesterday, sterling kept the gains after Wednesday’s short squeeze even as eco data and brexit headlines were sterling negative. Today, markets look out for comments from EU’s Barnier and UK’s Raab as they meet in Brussels. We don’t expect high profile positive news yet. However, with the market apparently still positioned GBP-short, the time is maybe not yet ripe for a new GBP down-leg. We still assume a break of EUR/GBP below 0.8850 is difficult unless there is real progress on Brexit