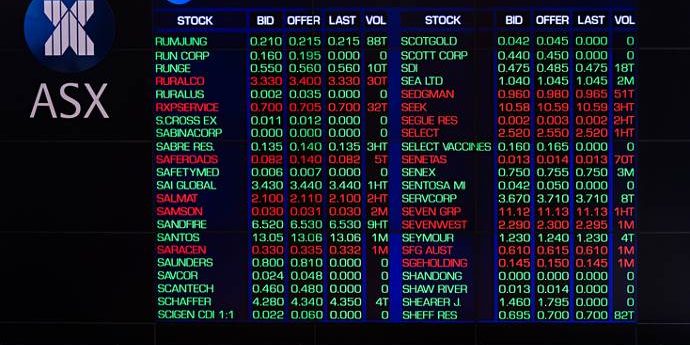 The Australian Securities Exchange (ASX) will aggressively ramp up investment in new systems, hardware and product development as the bourse pivots to become an integrated digital services and infrastructure play.

The big picture plan is to use a combination of distributed ledger, advanced analytics and artificial intelligence capabilities to attract new listings and participants – many of which will be tech firms.

Talking to the ASX’s annual results, managing director and chief executive Dominic Stevens revealed capital investment in what is essentially technology infrastructure will jump from $54.1 million in FY2018 to between $70 million to $75 million in FY2019.

The big ticket line item in that jump is the replacement of the ASX’s secondary data centre.

That occurs alongside what Stevens described as “the acceleration of the build in technology infrastructure”.

But the really big shift is the ASX is now turning its leadership in tech development and execution into a major competitive differentiator.

It’s front and centre of the bourse’s growth strategy, and Stevens characterised the new investment in two tranches.

The first is a spending increase for the ‘Stronger Foundations’ program which he said seeks “to improve the operational resilience of ASX and its operational efficiency.

The second is “investment in growth-related initiatives” – which is where the real tech rubber hits the road.

Stevens said that when he started in 2016 “it was clear that technology was profoundly changing our industry, and that was only going to accelerate with innovations like artificial intelligence, the cloud and distributed ledger technology, or DLT.”

Since then technology and operations has been fused into the same function, with a new chief information officer in the form of former CBA CommSec tech chief Dan Chesterman hired in 2017.

Foundations in place, Stevens pulled the covers off a bold new strategy that, if successful, will propel the ASX from a regional powerhouse to a global best platform that attracts investors, participants and institutions on the quality, richness and resilience of its services.

The ASX simply won’t use the buzzword, preferring the term DLT (distributed ledger technology) instead. Whatever you call it it’s Hyperledger and definitely permissioned.

Stevens asserted the ASX now needed to go well beyond leadership in the “A$ and NZ$ markets” which he argued was a trophy already held.

“We wanted a vision to reflect that we compete in our derivatives and listings businesses on a world stage,” he said.

“We also needed to reflect that we connect the world to the Australian financial markets, and we are now embarking on a world-leading upgrade of our post-trade systems using DLT.”

Stevens added that the ASX had already replaced its derivatives trading platform SYCOM in late 2017 and was now in the process of “of finalising the work plan (reflecting substantial feedback from customers) for replacing CHESS”, the ASX’s 25 year-old post trade settlements platform.

One network to rule them all

Also on the boil at the ASX is a major network consolidation, from down to just “one contemporary streamlined, high-performance network,” Stevens said.

“This will deliver a higher quality of service and enable these existing networks to work together and communicate seamlessly with each other. This work is at implementation stage and the consolidation of network routing to the new system is underway.”

Those incremental gains underpin what the ASX is betting will be a lucrative long term position in a game it’s been at for literally decades – the automation of transactions and commoditisation of the data that this creates.

“Fortunately, demand for our core value proposition is growing,” Stevens said, adding that “increased regulation, higher compliance burdens, lower returns, and the emergence of new technologies” were all playing in its  favour.

Stevens said there was “a huge opportunity” but that it will play out “over a number of years”.

He specifically called out superannuation as a sector that could have a synergy with the ASXs new approach.

“These new services will be in areas such as DLT, data and analytics, process and automation, AI, etc. However, and this is important, we see ourselves not as a competitor to those serving issuers and investors, but as a supplier of infrastructure, structured data and analytics to help these service providers innovate and grow.”

A hefty blockchain – sorry DLT – explainer followed, the core of which was that once  much of the equities, derivatives and forex back office is standardised, chained and automated, the real prize is boiling down the rich stock of data into an analytics consommé.

“Old world is message-based needing continual reconciliation and can be prone to error,” Stevens said.

“New world participants have access to the source of truth in real-time (via a node), and can prove to themselves they have the correct data without having to ask ASX.

“No more reconciliation,” he stressed.

Which all rounds nicely back to the ASX’s foundational equity stake in global blockchain bourse play Digital Asset Holdings (DAH).

In 2017 the ASX announced DAH would be its partner to replace CHESS, a foundational investment that could make a market by, literally, recasting a market.

Stevens’ blue sky on this front was that capital industries hamstrung by legacy – he pointed specifically to superannuation funds which remain a core institutional investors in equities and other exchange-traded instruments  – have much to gain from what will largely become blockchain-as-a-service.

The ASX hasn’t done badly out of DAH recently either.

Booked under the ASX’s investments in unlisted entities in its annual report, ASX’s stake in DAH dropped from 8 percent to 7 percent. But it still yielded very nicely.

“The investment was revalued upwards by $5 million during the year to align with the Level 3 estimated current market value,” the ASX said in its annual report.

It’s not a bad earner for a sell down either.

ASX’s available-for-sale investments booked the local bourse’s stake at $28.9 million for FY2018, up from $22.7 million the previous year.

Buying into your own success (Blockchain, DLT or whatever it’s called next year) isn’t looking to shabby for the ASX at this stage.